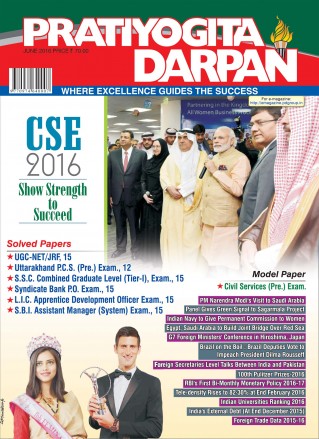 This issue is power packed with Annual Special along with articles (written by prominent authors) on Indian Economy, Political Science, International Relations, History and more.

Solved question papers present in this issue are:

Self development activities include in this issue are Essay Contest, Debate Contest, Concentric Quiz, Test your Knowledge and Know Your World.